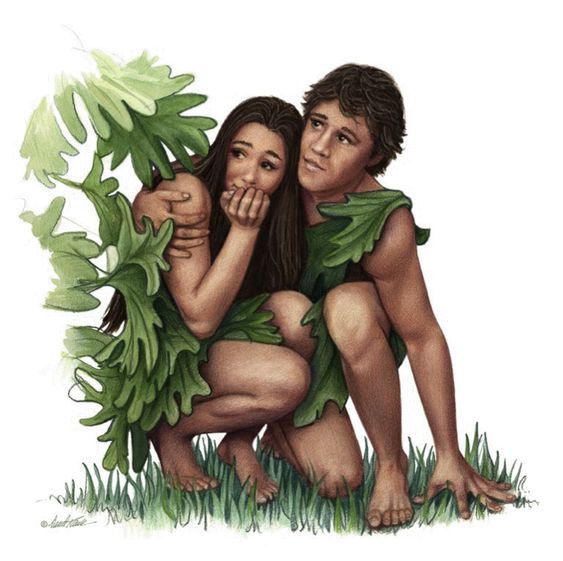 (…continued from part one…)

*2)        What was to be your glory, Adam, following your perceived logical reasoning, ended up with a leafy toga of insanity. Jesus prayed for an alternative route to the salvaging of mankind. Seeing that God would not bulge, Jesus chose the divine will of the heavenly Father: the sanguinary death of the cross. Adam entered death and died a, miserably wretched, walking cadaver. Jesus died, rose up in victory to receive the deification of Lord of lords, King of kings even the Almighty. Follow not your heart, the traditional route of man’s presupposition, but the express word of God.

Adam was not lured into the entrapment account of Genesis 3:6, “And when the woman saw that the tree was good for food, and that it was pleasant to the eyes, and a tree to be desired to make one wise, she took of the fruit thereof, and did eat, and gave also unto her husband with her; and he did eat.” His intense focus on her woman of transgression, instead of doing Hebrews 12:2, “Looking unto Jesus the author and finisher of our faith;….” turned out to be the bane of his failure. I believe it would be to his chagrin to recall his unguarded response of Genesis 3:12 “And the man said, The woman whom thou gavest to be with me, she gave me of the tree, and I did eat.” Realising his avoidable transgression, he probably hated what he did with his vocal cord and decided to send his voice to a monastery. No wonder none of his word, after the fall, was not given any scriptural recording.

Once he tasted of sinfulness, the perfection of his human purity gone, he was made to understand 1John 2:15-17; 15) “Love not the world, neither the things that are in the world. If any man love the world, the love of the Father is not in him. 16) For all that is in the world, the lust of the flesh, and the lust of the eyes, and the pride of life, is not of the Father, but is of the world. 17) And the world passeth away, and the lust thereof: but he that doeth the will of God abideth for ever.” Why, Adam, would you attempt a deliberate sinfulness with all your sinless consciousness still intact? Why did you have to wait till the ebbing away of your life before coming to your senses? Sheer affront to God and His Divinity is what the act of sin truly is. Any commission of sin, no matter how inconsequential it seems, is a direct challenge to a war with the Most High! Adam’s love for a deadly woman plunged us all into the pool of miry putridity of sin.

Truth be told? Adam should have cut ties with the erring woman the second she entered the evil world of sin. The pollution got heightened when Adam acquiesced to the woman’s invitation. Satan, the Devil, had got them! I can hear the devilish cackle of his victorious laughter.

Adam; empathetic with his wife, decided to become what she had turned into. Stupidity!

Adam refused to garb himself in a demurrable state: for he had destructively decided not to sign a pact with the Spirit of qualmishness. He led himself astray.

What he did not understand was that, being the first to sin, his wife would have a controlling superintendency over him in the nature of sinfulness. If not for the grace of God which empowered him to rename her, Satan would have perfected a change of the divine marital order. Adam would have remained in a marital incongruity under his wife. In naming her he regained his federal, Adamic headship.

Your peregrination through the valley of the shadow of death, Adam, was beyond your league. How could you deign to plunge into an embarkation of such odyssey? When David, in the 23rd Psalm, penned “Yea, though I walk through the valley of the shadow of death, I will fear no evil:” it was based on the understanding of: “for the LORD art with me.” David was not alone in the trek. Was Jesus alone in the descent into the darkness of the unknown valley of Hades? No! Christ, the uncreated Messiah, was his obbligato accompaniment. 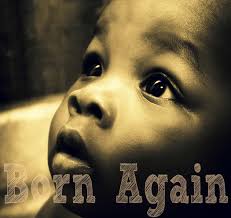 Get Jesus initiated by getting born again: pray this prayer, believing it with all your heart. Say, “Dear heavenly Father, I come to You now in the name of Jesus Christ. I believe in my heart that Jesus is the Son of God. I believe that Jesus died on the cross for my sin. I believe that You raised Him from the dead. I confess with my mouth that Jesus is Lord and I receive Him now as my Lord and my Saviour. I give God all the glory. Amen!”  (…to be continued…)