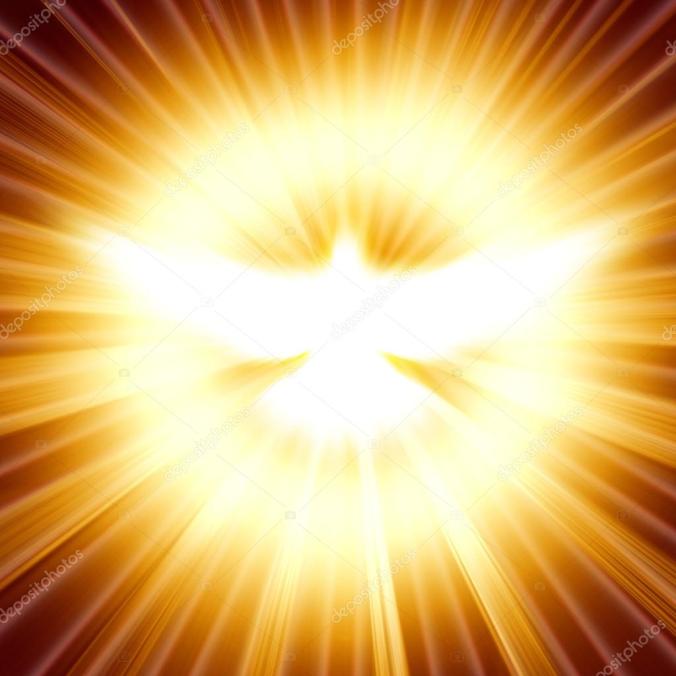 Is the Holy Spirit an inanimate entity?

“Which in other ages was not made known unto the sons of men, as it is now revealed unto his holy apostles and prophets by the Spirit;” [Ephesians 3:5]. Definitely He had always, from eternity, been here. We know who enabled David to eavesdrop the Divine discourse of Psalms 110 as revealed in Mark 12:36, “For David himself said by the Holy Ghost, The LORD said to my Lord, Sit thou on my right hand, till I make thine enemies thy footstool.” He gave spiritual utterances in Acts 2:4, “And they were all filled with the Holy Ghost, and began to speak with other tongues, as the Spirit gave them utterance.”

The Spirit can be very forceful as it is dramatically presented in Luke 4:1, “And Jesus being full of the Holy Ghost returned from Jordan, and was led by the Spirit into the wilderness.” The same Holy Spirit, first introduced in Genesis, would, millennia later, speak through another prophet in Acts 21:11, “And when he was come unto us, he took Paul’s girdle, and bound his own hands and feet, and said, Thus saith the Holy Ghost, So shall the Jews at Jerusalem bind the man that owneth this girdle, and shall deliver him into the hands of the Gentiles.”

…and was led by the Spirit into the wilderness

If He speaks, then, His relevance is Divine. ‘Saith’ is the Greek legō (leg’-o): ‘A primary verb; properly to “lay” forth, that is, (figuratively) relate (in words [usually of systematic or set discourse; whereas [epō (ep’-o):to speak, say] and [phēmi (fay-mee’): to make known one’s thoughts, to declare] generally refer to an individual expression or speech respectively; while [rheō (hreh’-o): to pour forth, to utter] is properly to break silence merely, and (laleō (lal-eh’-o): to utter a voice or emit a sound; to speak] means an extended or random harangue]); by implication to mean.’ The Holy Spirit talks.

1Corinthians 12:3 “Wherefore I give you to understand, that no man speaking by the Spirit of God calleth Jesus accursed: and that no man can say that Jesus is the Lord, but by the Holy Ghost.” Spirit relevance! Acts 20:28 “Take heed therefore unto yourselves, and to all the flock, over the which the Holy Ghost hath made you overseers, to feed the church of God, which he hath purchased with his own blood.” How can a mere wind make bucolic appointments? Selah.

Will an inanimate breath be involved in these scriptural exercises below? Acts 13:4 reads, “So they, being sent forth by the Holy Ghost, departed unto Seleucia; and from thence they sailed to Cyprus.” Acts 13:9, “Then Saul, (who also is called Paul,) filled with the Holy Ghost, set his eyes on him,” and Acts 15:28, “For it seemed good to the Holy Ghost, and to us, to lay upon you no greater burden than these necessary things;” then this full and precise ecumenical control of His, displayed in Act 16:6,“Now when they had gone throughout Phrygia and the region of Galatia, and were forbidden of the Holy Ghost to preach the word in Asia.” He is not just a mere force; the Holy Spirit is an Intelligent Force of control. He is God.

Throughout the Apostolic age in the first century, none of the Bible writers of the New Testament ever gave any hint on nontrinitarianism (check the scriptures). According to Wikipedia documentation: “Nontrinitarianism was later renewed by Cathars in the 11th through 13th centuries, in the

Unitarian movement during the Protestant Reformation, in the Age of Enlightenment of the 18th century, and in some groups arising during the Second Great Awakening of the 19th century.” This truly captures God’s protocol, the Bible.

If the Word of God is a Personage what stops His Spirit from being one? The Church must consist only of a new species of born again beings. The One (Holy Spirit) who brought Jesus into being must be the same to effect the holy, justifiably sanctified parturition, when anyone accepts to receive the Lordship of Jesus; so, He (Jesus) did the most necessary in John 20:22 “And when he had said this, he breathed on them, and saith unto them, Receive ye the Holy Ghost:” all because the relevance of the Holy Spirit is the divine consummation of the benediction in every assemblage.

This benediction receives attestation in 2Corinthians 13:14, “The grace of the Lord Jesus Christ, and the love of God, and the communion of the Holy Ghost, be with you all. Amen.” In the Greek, the word ‘communion’ is koinōnia (koy-nohn-ee’-ah): ‘partnership, that is, (literally) participation, or (social) intercourse, or (pecuniary) benefaction.’ Quite reminiscent of what used to be obtained way back in Genesis chapter three when the Lord God walked into Eden to have fellowship with the first human couple.

The Spirit communion which was lost in the Garden must be restored, hence, the second breath from the First Giver to those who would soon be born again! Hallelujah!!