“Sit thou at my right hand”

“…The kingdoms of this world are become the kingdoms of our Lord, and of his Christ; and he shall reign for ever and ever” (Revelation 11:15). The title ‘Lord’ here is Jehovah to whom the kingdoms are co-owned by His Christ. Only the Deity will own communally with Deity. The world refuses Him for what Revelation 17:14 says, “These shall make war with the Lamb, and the Lamb shall overcome them: for he is Lord of lords, and King of kings: and they that are with him are called, and chosen, and faithful”. All lords and all their kings are subject to His dominion rule. How can a mere man make a categorical, Matthew 28:18 “And Jesus came and spake unto them, saying, All power is given unto me in heaven and in earth” statement and would not be guilty of issuing a scriptural anomaly? He is quite different from Adam of Eden, whose authority did not go beyond the atmospheric boundary of the earth. The ‘power’ {exousia (ex-oo-see’-ah): ‘privilege, that is, (subjectively) force, capacity, competency, freedom, or (objectively) mastery (concretely magistrate, superhuman, potentate, token of control), delegated influence’} wielded by Jesus does not exclude the third heavenly assizes of God’s throne. 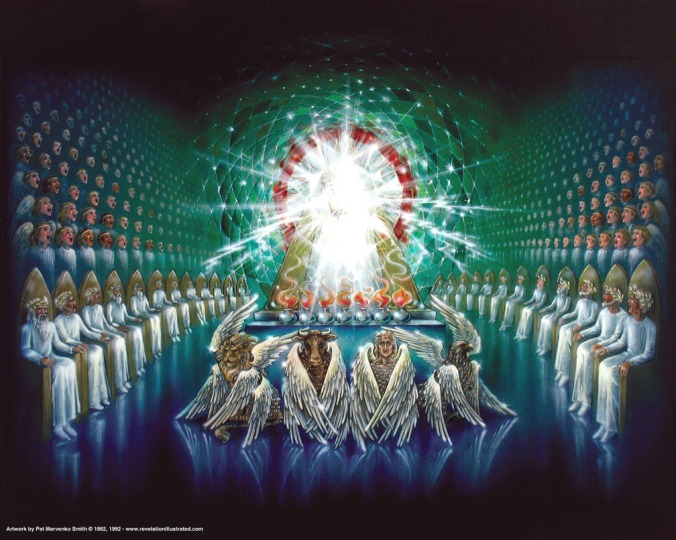 Hebrews 1:6, “And again, when he bringeth in the firstbegotten into the world, he saith, And let all the angels of God worship him”. The word ‘worship’ is proskuneō (pros-koo-neh’-o) meaning: ‘(to kiss, like a dog licking his master’s hand); to fawn or crouch to, that is, (literally or figuratively) prostrate oneself in homage (do reverence to, adore)’ It was universally admitted among the Hebrews that God would dwell, in a peculiar sense, in Messiah (so as to be, in the Talmud phrase, “capable of being pointed to with the finger”); and so what was said of God was true of, and to be fulfilled in, Messiah. Hebrews 1:6 is a quotation of Psalm 97:7, “Confounded be all they that serve graven images, that boast themselves of idols: worship him, all ye gods”. “Paul”, according to Fausset Commentary, “quotes, not as a prophecy, but as language used in regard to the Lord Jehovah, who in the Old Testament theophania is the second person of the Godhead”. Jesus is the Second Member of the Godhead. 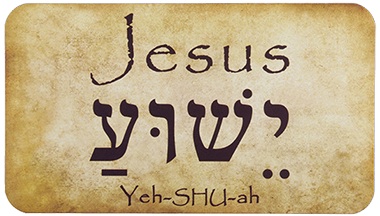 Colossians 1:17 submits, “And he is before all things, and by him all things consist”. The verb ‘is’: esti (es-tee’) Third person singular present indicative of {eimi (i-mee’) ‘I exist (used only when emphatic)} means: ‘he (she or it) is; also (with neuter plural) they are’. His being, is not of creation, it is of existence. ‘Consist’, sunistaō (soon-is-tah’-o), is an interesting word, meaning: ‘to set together, that is, (by implication) to introduce (favorably), or (figuratively) to exhibit; intransitively to stand near, or (figuratively) to constitute’. Jesus is the One who glues all things together, making sure that every little thing remains what it should be. Who is Jesus, if by Him all things concrete, immaterial or spiritual are sunistaō? God! 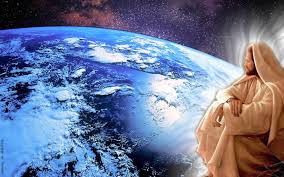 “In the beginning was the Word, and the Word was with God, and the Word was God. 2) The same was in the beginning with God. 3) All things were made by him; and without him was not any thing made that was made. 4) In him was life; and the life was the light of men” [John 1:1-4]. The word ‘beginning’ is archē (ar-khay’): ‘(properly abstract) a commencement, or (concrete) chief (in various applications of order, time, place or rank)’. Before the commencement of time and the existence of any thing, Christ, the Word of God already existed as the Creator. If the Word happens to be a Personage, and is in a face to face communion with the Eternal Father when creationism had not taken place, does it not follow, hence, that the Word is the Deity? Is He the Word of God? What, I have always asked, is the difference between a person and his word? Selah! Verse three, “and without him was not any thing made that was made”, which is one of my favourite verses, is mind blowing. I love to illustrate this verse by asking, “Should there be a thousand items in a place and it is said of a particular as having created all others, what did create that particular one? Nothing, of course! I love this verse for two reasons: the Elizabethan grammatical rendition and the attendant didactic truism (more importantly).

In Jesus is life, which undoubtedly makes Him the Author of creative life -John 14:6-. Verse four of John chapter one sheds light on why He enjoins, “Take my yoke upon you, and learn of me; for I am meek and lowly in heart: and ye shall find rest unto your souls” [Mat 11:29]. Those who follow Jesus will receive illumination. Why? “For in him dwelleth all the fulness of the Godhead bodily”; so says the Bible in the book of Colossians 2:9. There is something in Colossians 2:2-3, “…to the acknowledgement of the mystery of God, and of the Father, and of Christ; 3) In whom are hid all the treasures of wisdom and knowledge”. Is it not God alone who can be so rich in wisdom? Let us read what 1Corinthians 1:24 has to say, “But unto them which are called, both Jews and Greeks, Christ the power of God, and the wisdom of God”. The fullness of the Godhead, the wielder of both the power and wisdom of the Deity, this is what enigmatizes Jesus. Selah! (Concluded)