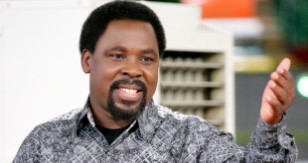 T.B. JOSHUA- There’s no proof, no record of how and where he got born again.

(Continued from the 3rd part)          Many are the churches that wear the guise of Pentecostalism to deceive people into their membership. The truth is that they are purely Satanic establishments. The leadership has been sent forth by demons to go and to preach another Jesus. They use the light of Satan to show people another gospel which is not another kind of the truth (Galatians 1:6, 7). All you have to do is listen carefully to their teachings, and because God has His way of exposing charlatans, the fake man of God will teach the wrong thing and will stubbornly defend falsehood even when you open the Bible, show and explain from the glaring point of scriptural understanding. These Pentecostal quacks will go into a fit of spiritual paroxysm, staging an uncontrollable effusion of new tongues. They have struck a cultic bargain which enables miraculous healing of diverse ailments and disfigured persons. The truth is that they themselves know that Jesus does not receive their spiritual trophies. Mormon Church has its own book of divine revelation. They teach from another bible. Another Jesus from another revelation with a promise of a different kind of salvation. Church of Satan, founded by Anton LaVey, never hid Satan as the source of his power. He had followers. He still has, even after his death, as his church flourishes with adherents. T.B. Joshua pastors a church where the chant of “EMMANUEL!” ushers him into the auditorium.

Helena P. Blavatsky was one of Lucifer’s most trusted ambassadors. Fritz Springmeier wrote about this woman in his famous book, ‘Be Wise As A Serpent’. Below is an excerpt: “Interestingly, the Theosophical Society feels that Freemasonry and itself teach the clear divine wisdom. H.P. Blavatsky, founder of the Theosophical Society tells us that the God of the Bible is “a tribal God and no more”<#55 Blavatsky, H.P. Collected Writings, Vol. 8. Theosophical Publishing House, p. 277> who is “capricious and unjust.”<#56 Blavatsky, H.P. The Key to Theosophy. Chicago: Theosophical Publishing House, 1930, p.111.> H.P.B. felt that Lucifer was the Savior of mankind and that the God of the Bible was really the adversary of man, hence the name Satan described God better than Lucifer. “The appellation Sa’tan, in Hebrew Satan, and Adversary…belongs by right to the first and cruelest “Adversary” of all other Gods—Jehovah; not to the serpent which spoke only words of sympathy and wisdom. “—Blavatsky, The Secret Doctrine, Vol. 3. Los Angeles: Theosophy Co., 1925, p. 386. H.P. Blavatsky, a Jewess, tells us, “Once the key to Genesis is in our hands, the scientific and symbolical Kabbala unveils the secret. The Great Serpent of the Garden of Eden and the “Lord God” are identical.”— The Secret Doctrine, Vol. 2, p. 132. “Satan, the Serpent of Genesis is the real creator and benefactor, the Father of Spiritual mankind. For it is he…who opened the eyes [of Adam]…And he who was the first to whisper, “in the day ye eat thereof, ye shall be as Elohim, knowing good and evil,” can only be regarded in the light of a savior….he still remains in Esoteric Truth the ever loving messenger…who conferred on us spiritual instead of physical immortality.”—The Secret Doctrine, Vol.3, p.246.”

Another representative of Lucifer, Alice Ann Bailey (June 16, 1880 – December 15, 1949), a writer of more than twenty-four books on theosophical subjects, and was one of the first writers to use the term New Age. Her works, written between 1919 and 1949, describe a wide-ranging system of esoteric thought covering such topics as how spirituality relates to the solar system, meditation, healing, spiritual psychology, the destiny of nations, and prescriptions for society in general. She described the majority of her work as having been telepathically dictated to her by a Master of Wisdom, initially referred to only as “the Tibetan” or by the initials “D.K.,” later identified as Djwhal Khul. Her writings were somewhat similar to those of Madame Blavatsky and are among the teachings often referred to as the “Ageless Wisdom.” “Alice wrote over 65 years ago”, as posted by Pastor David Ogbueli, “Love has got a mysterious link called the love bond. It is like an ovum that comes out of the ovary, as it travels through your system, it clicks a love favour in you and there’s one other person in the world who can respond to that love bond, when you see that person, everything within you clicks, that is your man/woman, if you miss him, you’ll never be happy until that love bond cycles past, for many years, so for you to be happy get that person at whatever cost, if it means getting him/her out of that marriage, get him/her that is your man/woman. It’s a mistake for him/her to be elsewhere. And if you go together for some time and find that love has died, don’t be held in bondage by the Christian values it will never come back, what you need is an easily arranged divorce and allow another love bond to come forth, just like an ovum comes up, and when it comes forth you’ll enjoy life again”. 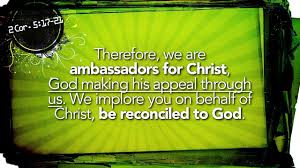 According to the pastor, Alice Bailey called for a change in curriculum to ensure that children are freed from the bondage of Christian culture. “If you take God out of education, they will unconsciously form a resolve that God is not necessary to face life. They will focus on those things the school counts them worthy to be passed on and they will look at God as an additional, if one can afford the additional”, was her submission. The resultant effect of Bailey’s many advocacies are the introduction of:

*Prayer being taken out of American public schools (God’s own country!?)

*Break in the communication between parent and child to reduce parental control. This is to forestall Christian parents’ traditions being passed on to their children; to liberate children from the bondage of their parent traditions.

*It has promoted excessive child rights; (1997-1998 South Africa introduced Child rights legislation – UNICEF Charter. Today a child is able to say to parent ‘I do not want to hear that, I don’t want to do what you are telling me’. Teachers cannot talk to children, children step up and say, ‘I have my rights, you cannot talk to me like that’.

*Abolition of corporal punishment; (this has been made law). (…to be continued…)