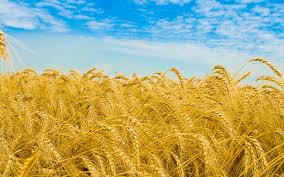 At what point of the scriptural documentation did the Holy Spirit abdicate His office of the One sent to lead, teach and empower the Church? No man can fill this office, not even as the Holy Spirit’s deputy!

Herein lies the danger of human establishment of branches of a ‘parent’ local assembly:

When you plant a church and staff it with a parishioner you have taken over the duty of the Third Member of the Trinity.

Members of these churches are always quick to point out that branches are inevitable if the Church must grow. “We plant other branches to spread the gospel faster”, is their defence. “You forget that the Church is strictly God’s business”, I tell them pointedly. He alone knows who to put in charge of every local assembly. Can any individual know the heart of another person to be able to instruct God concerning the one who is qualified to head the Church of God?

A man of God, Pastor Tunde Bakare of Latter Rain Assembly, in one of his sermons, in the mid ’90’s, explained how he had to run to the Holy Spirit when he ran into trouble with some of his satellite churches. Prior to that time I had wondered, “Does he not know”, when I saw a branch of his church. He said, “When people talk about ‘follow-follow’ pastors, I am the chief”. He told the congregation how he joined his fellow ministers in planting branches of his church. He said he felt so complacent, thinking that he was helping the gospel’s wide spread. To his chagrin the Holy Spirit, he explained, told him to go and deal with it. In his supplicating protest, he said he told the Holy Spirit, “But the Word of God said you are going to teach us all things”. Then the dear pastor dropped the bombshell, “The Holy Spirit asked me, ‘Did I tell you to open a satellite branch?'” He said he tried to explain that he did it for the growth of the Church. ”Since I did not tell you to do it, go and take care of what you started”, was the Holy Spirit’s insistence. “It was then I realized that rather than open a satellite church, the best thing I can do is to look for someone who has the call, then help him with money or land and leave him with the Holy Spirit”, Pastor Bakare was brought to an enlightenment of Church administration. I shook my head and said, “This is what Rev. Chris Okotie had taught, in his Household of God Church, in the late ’80’s. This was the Okotie all saw as “omo ‘ekee” (small boy) preacher. How many branches of the Church of Jerusalem, where the first ever ecumenical convention was held, were planted, shepherded by James, the biological brother of Jesus? Few, truly, are the true labourers of the Lord’s vineyard!

few are the labourers

Was it not God, in 1Corinthians 12:28, who “…hath set some in the church, first apostles, secondarily prophets, thirdly teachers, after that miracles, then gifts of healings, helps, governments, diversities of tongues”. It is Jesus in Ephesians 4:11 of whom the Bible says, “…he gave some, apostles; and some, prophets; and some, evangelists; and some, pastors and teachers”. Why should the G.O., Primate, Pope, General Superintendent or President of the Church be the one to report your problems and challenges? The Jesus who called you is the One you should run to for help. This is why we can always run to the Holy Spirit (John 14:26) if we are truly called to the Kingdom’s business. Amen!