(Edmond Sanganyado asked me how I think one can overcome unbelief when I commented on one of his posts. So, dear Edmond, I’ve made some addition to what I posted on your blog site and hoping you’ll see this. Thanks for asking me to do this. …and this is the concluding 3rd part.)

In Genesis 18:14, the heavenly Visitant asked, “Is any thing too hard for the LORD?” Jeremiah, by  faith, put forth the same rhetorical question in chapter 32:17 and in the twenty-seventh verse, the scripture reports the express words of the LORD God through His prophet, “Behold, I am the LORD, the God of all flesh: is there any thing too hard for me?” When we comfort and remind ourselves of these words unbelief will, as the hymn goes, begone. The Hebrew word for ‘thing’ is dabar (daw-baw’) ‘a word, speech; by implication a matter (as spoken of) of thing; adverbially a cause’. The Greek word for ‘thing’, rhema, means the same. What is not impossible or too hard for God to do is not everything including negative things but rather what His word in scripture supports. Tell yourself that the Lord who had delivered you on six occasions will not abandon you on the seventh occasion!

The Holy Spirit has never displayed unbelief: for it is outright alien to His Being. Like Jesus (Revelation 1:5 & 3:14), the Holy Spirit is a faithful witness in John 15:26-27, 16:13; Acts 20:23; Romans 8:16, 9:1; Hebrews 10:15; 1Timothy 3:16; 1John 5:6-9. The word ‘faithful’ in Revelation 1:5, “And from Jesus Christ, who is the faithful witness, and the first begotten of the dead”; is pistos (pis-tos’) {it comes from (peithō : (pi’-tho) A primary verb; ‘to convince (by argument, true or false); by analogy to pacify or conciliate (by other fair means); reflexively or passively to assent (to evidence or authority), to rely (by inward certainty)’} it means: objectively trustworthy ; subjectively trustful; one who trusts in God’s promises’. Your failure to remove unbelief from your spiritual systemic nature is always tantamount to not having believed on Jesus in the first place.

The only panacea for unbelief is found in John 6:29, “Jesus answered and said unto them, This is the work of God, that ye believe on him whom he hath sent”. John 1:12 reads, “But as many as received him, to them gave he power to become the sons of God, even to them that believe on his name”. It is an absolute aberrancy to ‘believe on’ an emanatory result of creationism. Only the Creator is to be believed on because it implies gathering all the trust in you and elsewhere and repose the same on Him. Definitely, one ‘believes on’ who will never disappoint. Jesus is the only One who will not disappoint.

“Is there any small, tiny, wee bit of faith in you as regarding this situation?” This was what I asked a young Briton (about the age of nine) with whom I shared words of salvation when he said, “I do not really believe this thing about Jesus”. “Yes, Mr. Ojewale”, was his response after the question. “Hold onto this tiny faith, just listen to me carefully and then let’s pray”. The young boy whom I went to his house to give evening tutoring together with his older sibling agreed to receive Jesus as his Lord and Saviour. I led the younger of the two boys (Stephenson – I cannot remember his first name) in the sinners’ prayer….and the spiritual deal was done! God is not a respecter of persons (Acts 10:34). What the Greek interpretation says is that God does not look at the face before He attends to anyone. ‘Respecter of persons’ in Greek is one word: prosōpolēptēs (pros-o-pol-ape’-tace): ‘an accepter of a face (individual), that is, (specifically) one exhibiting partiality’. 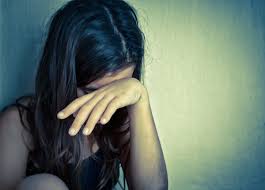 Hold on to that small tiny faith of Master Stephenson (he’s probably in his 20’s this 2016). Do not forget the reports of Bible characters and some testimonies you have heard from your neighbours and friends. You will be surprised how your faith will assume a similitude of James 2:23, which reads, “And the scripture was fulfilled which saith, Abraham believed God, and it was imputed unto him for righteousness: and he was called the Friend of God”. (2Chronicles 20:7; Job 16:21; Isaiah 41:8). Amen.

One thought on “UNBELIEF (3rd part)”